As most of you already know I have signed with Henery Press for a 10 book deal with the Tj Jensen Paradise Lake Series. I am super excited about this but with growth comes change and many of you are asking what this means for Tj fans? 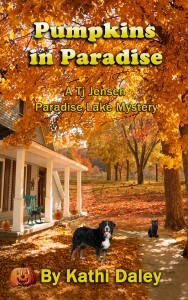 As of April 30, 2016 the first 6 books in the Tj series along with Barkley’s Treasure will be unpublished. The first six books in the series will then be re-edited and new covers will be designed and they will then be republished by Henery Press on September 6, 2016. Beginning in 2017 Henery Press will begin releasing books 7 – 10 in the series. These will be new books and, while I have not as of yet penned these new novels, this is my plan. Book 7 will be a Tj on location on Gull Island. I plan to use the material in Barkley’s Treasure as a jumping off point to write a book which will take place over the entire summer and will be about twice as long as Barkley’s Treasure. Book 8 will then pick up with Tj and crew back at Paradise Lake with the start of a new school year. 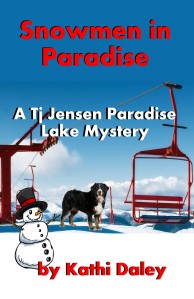 I know I’ve been hesitant to dip in a toe in the trade publishing pond and I am still a huge fan of self publishing but I have a really good feeling about the folks at Henery Press and I think that working with this awesome company will open a lot of doors for me that I could not have opened on my own so I hope you will all hang in and be patient as we go through this process. In the end I think it is going to work out awesome for everyone.

Next week I will be in Hawaii so be sure to check back for photos and highlights from my trip.

12 thoughts on “Changes are a comin”