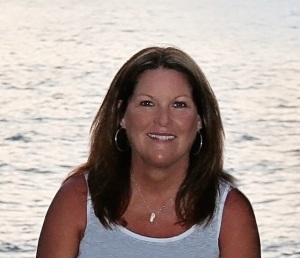 I used to wonder if the author had to be in love with her leading men to write a convincing love story. After falling in love with a few of my own leading men, I have to say the answer to that question is yes. (Sorry honey)

It is my opinion that a huge part of the success of the Zoe Donovan Series is due to the romance between Zak and Zoe. What is interesting about this is that Zak was not even part of the original script. I was writing the scene at the events committee meeting in Halloween Hijinks and in walked this rich and gorgeous guy that Zoe hated on sight. I didn’t plan him and I certainly didn’t expect him to take on a leading role, but by the time I typed “The End” I was totally in love with Zak and I realized that Zoe was totally in love with him as well.

Let me back up a bit so that this all makes sense. I have stated many times that the Zoe Donovan Series just sort of happened. I was messing around on Facebook and I got this idea to share my page with my dog. I quickly jotted down the paragraph that begins with According to my Facebook page, which I share with Charlie, my half terrier/ half mystery dog, we’re in a relationship with our two cats… and then I kept writing until I had a book.

This is true. I had however had an idea to write a series that featured three best friends: the protagonist, her best girlfriend, and her best boyfriend. My favorite television series of all time is Buffy The Vampire Slayer. I know that may seem odd since I’m not really into vampires, but I LOVE the dynamic created by the best friend trio (Buffy, Xander, and Willow.) I wanted to recreate this in my own writing and every one of my series have started off with the best friend trio as the main cast.

My second favorite leading man next to Zak is Cody from the Whales and Tails series. I actually considered having Camden Bradford from Romeow and Juliet become Cait’s love interest but Cody showed up and stole the show. Cait and Cody have taken a little longer to kickstart their relationship, but I’m writing The Legend of Tabby Hollow right now and I can promise smoochies are on the horizon.  Cody, like Zak, is the strong supportive type who loves with his whole heart and will do anything for the woman he commits to. He is a retired Navy Seal who is strong both physically and emotionally and exactly what Cait needs to become the woman she is meant to be.

As for Tj’s love life from the Paradise Lake Series, Tj has struggled rather than finding true love right off the bat. I initially intended that Dylan would be Tj’s love interest and even wrote the first couple of books in the series that way, but Dylan never clicked for me. I’m not sure why, he was a perfectly fine character but I wasn’t feeling it, and I knew if I wasn’t feeling it my readers wouldn’t be feeling it, so I decided to go another direction.  Currently Tj is in a relationship with her high school sweetheart Hunter. I’m honestly not sure how this will end up. I like Hunter as a character, and I like the fact that he has a history with Tj, but I’m still not sure that I’m in love with him the way I am with Zak and Cody. On one hand I suppose it is possible to write him as a love interest for Tj even if I have not as of yet fallen in love with him as an author, but I’m not sure that the passion Zak feels for Zoe or Cody feels for Cait will come through between Hunter and Tj unless the good doctor can find a way to steal my heart.

So what about Alyson from the Seacliff High Series and her love life? Currently she is in a very casual relationship with a high school senior named Devon. It’s already been established that Devon will graduate mid year and move onto other pursuits so I don’t see this being a long term relationship. Alyson is in high school and she lives with a lot of uncertainty in her life, so I don’t see her getting into a serious relationship with anyone for the time being. She will date and may even fall in love but I predict that best friend Trevor and super dog Tucker will be the main men in her life for the foreseeable future.

So who is your favorite book boyfriend? Comment below to be entered to win a Hopscotch Homicide Tote and a copy of the book.