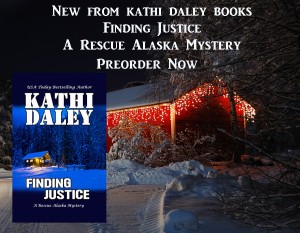 OMG, I am so thrilled that Finding Justice has finally seen the light of day. I think I have procrastinated with this story more than any other story in the history of my career. I wanted something a little different but still with plenty of cozy to go around and I think I found the right combination. I hope you love it as much as I do. For those of you who haven’t taken the plunge and committed to the new series here is a preview.

There are people in the world who insist that life is what you make of it. They will tell you that if you work hard enough and persevere long enough, everything you have ever desired will one day be yours. But as I sat in the fifth dingy office I had visited in as many months, and listened as the fifth pencil pusher in a dark suit and sensible shoes looked at me with apologetic eyes, I finally understood that not every dream was realized and not every wish granted.

“Ms. Carson, do you understand what I’m saying?”

I nodded, trying to fight back the tears I absolutely would not shed. “You’re saying that you can’t consider my grant application unless I’ve secured a facility.”

The man let out a long breath, sounding like a wheeze, which I was sure was more of a sigh of relief. “Exactly. I do love your proposal to build an animal shelter in your hometown, but our grant is designed to be used for ongoing operations. I’m afraid without a physical presence we really must move on.”

I leaned over to pick up my eight year old backpack. “Yes. I understand. Thank you so much for your time.”

“Perhaps next year?” the man encouraged with a lopsided grin.

I smiled in return. Granted it was a weak little smile that did nothing to conceal my feelings of defeat. “Thank you. I’m certain we’ll be able to meet your criteria by the next application cycle.”

“We begin a new cycle on June 1. If you can secure a facility by that time, please feel free to reapply,” the man encouraged.

I thanked the bureaucrat and exited his office. I tried to ignore the feeling of dread in the pit of my stomach and instead focus on the clickety-clack created as the tile floor came into contact with the two-inch heels I’d bought for just this occasion. Had I really been working on this for more than two years? Maybe it was time to throw in the towel and accept defeat. The idea of building an animal shelter in Rescue, Alaska, was a noble one, but the mountain of fund-raising and paperwork that needed to be scaled in order to make this particular dream come true seemed insurmountable at best.

I dug into my backpack for the cell phone that rang just as I stepped out of the warm building into the bracing cold of the frigid Alaskan winter. I pulled the hood of my heavy parka over my dark hair before wrapping the bulk of my down jacket tightly around my small frame.

“So, how did it go?” My best friend, Chloe Rivers, asked the minute I answered her call.

I looked up toward the sky, allowing the snow to land on my face and mask my tears. “The grant is designated for operations, so we aren’t eligible until we have a facility. The problem is, we have no money to build a facility and no one will give us a loan for one unless we have capital for operations already lined up. It’s an endless cycle I’m afraid we can’t conquer.”

“No,” I said firmly. “We’ll find another way.” I knew I sounded harsh, but I had to make Chloe understand.

“Another way?” Chloe screeched. I listened as she took a deep breath before continuing in a softer tone. “Come on, Harmony, you know we’ve tried everything. There is no other way.”

Chloe’s plea faded as an image flashed into my mind. I closed my eyes and focused on the image before I spoke. I knew from prior experience that it was important to get a lock on the psychic connection before I said or did anything to break the spell. Once I felt I was ready, I opened my eyes and tuned back into Chloe’s chatter. I was certain she hadn’t missed a beat even though I had missed the whole thing. “Look, I have to go,” I interrupted. “Someone’s in trouble. I’ll call you later.”

After hanging up with Chloe, I called a cab and then called Dani Mathews. Dani was a helicopter pilot and one of the members of the search-and-rescue team I belonged to. She’d offered to give me a lift into Anchorage for my meeting today and I’d taken her up on it.

“Someone’s in trouble,” I said as soon as Dani answered.

“I was about to call you. I just got off the phone with Jake.” Jake Cartwright is my boss, my brother-in-law, and the leader of the search-and-rescue team. “There are two boys; one is fifteen and the other is sixteen. They’d been cross-country skiing at the foot of Cougar Mountain. Jake said they have a GPS lock on a phone belonging to one of the teens, so he isn’t anticipating a problem with the rescue.”

The cab pulled up and I slipped inside. I instructed the driver to head to the airport, then answered Dani. “The boys dropped the phone, so Jake and the others are heading in the wrong direction.”

I slipped off my shoes as the cab sped away.

“Do you know where they are?” Dani asked with a sound of panic in her voice.

“In a cave.” I closed my eyes and tried to focus on the image in my head. “The cave is shallow, but they’re protected from the storm.” I took off my heavy parka and pulled a pair of jeans out of my backpack. I cradled the phone to my ear with my shoulder as I slipped the jeans onto my bare legs.

I closed my eyes once again and let the image come to me. “I’d say they’re about a quarter mile up the mountain.”

“Are they okay?” Dani asked.

I took a deep breath and focused my energy. There are times I wanted to run from the images and feelings that threatened to overwhelm and destroy me, but I know embracing the pain and fear is my destiny as well as my burden. “They’re both scared, but only one of them is hurt. Call Jake and tell him to check the cave where we found Sitka.” I referred to our search-and-rescue dog, who Jake and I found lost on the mountain when he was just a puppy. “And send someone for Moose.” I glanced out the window. The snow was getting heavier and it wouldn’t be long before we would be forbidden from taking off. “We’re almost to the airport. Go ahead and warm up the bird. I should be there in two minutes.”

I hung up the phone and placed it on the seat next to me. The driver swerved as I pulled my dress over my head and tossed it aside. I knew the pervert was watching, but I didn’t have time to care as I pulled a thermal shirt out of my backpack, over my head, and across my bare chest.

“What’s the ETA to the airport?” I demanded from the backseat.

“Less than a minute.”

“Go on around to the entrance for private planes. I have the code to get in the gate. My friend is waiting with a helicopter.”

As the cab neared the entrance, I pulled on heavy wool socks and tennis shoes. I wished I had my snow boots with me, but the tennis shoes would have to do. The boots were too heavy to carry around all day.

As soon as the cab stopped, I grabbed my phone, tossed some cash onto the front seat, and hopped out, leaving my dress and new heels behind.

“Keep it.” I said as I flung my backpack over my shoulder and took off at a full run for the helicopter.