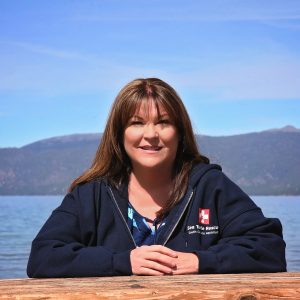 So, you may have been wondering, what is up with the Seacliff High series? In this blog I hope to share the good, the bad, and the ugly.

In 2015 I published the first 5 Seacliff High’s. These were books I had written for fun years earlier before I was a published author so all I had to do was polish them up and have them edited. Those who read the series seemed to LOVE it but I had a hard time getting people to try it for the first time. I think part of this problem may have been due to an identity crisis of sorts. One hand the series features teens which gives people the idea the series is for teens, but on the other hand, given the lack of sex, drugs, and violence, it really wasn’t the sort of thing to appeal to most modern day teens. While I did gain some teen readers the largest reader pool were my ‘forever teens’ in my 50+ age group. This particular age group grew up on Nancy Drew and welcomed a modern day equivalent with a little bit of paranormal thrown in.

In 2016 I decided it was not economically feasible to continue the series. By the time I paid for editing, cover, advertising, etc., I actually lost money on every book in this particular series. It seemed at the time to be a logical decision but what I didn’t know was that I had some very impassioned readers of the series who launched a email campaign to convince me to write another book.

I love my readers and want all of them to be happy so I decided to complete a Seacliff I had started but never finished. This story will publish as The Shadow on June 1, 2017. I am also definitely going to do book 7 – The Haunting in September (or maybe October). After that??? I would like to continue the series and think it has a lot of potential but I will need the help of everyone who loves the series to help me get the word out.

In an effort to introduce the series to new readers I decided to have Alyson visit Madrona Island in Taming of the Tabby. If you follow the Whales and Tails series but have not yet tried Seacliff here is an opportunity to meet Alyson and her faithful dog Tucker.  I have also moved the series from Amazon Exclusive and have published the first 5 books on all the major outlets – Amazon, Nook, Kobo, and ibooks. This is risky but in the end I hope this will help me find new readers.

I had already put The Shadow in Kindle Unlimited before I decided to move the series out of Kindle Unlimited so this is what you can expect from this book. It is currently on presale for $2.99. Once it publishes the price will be raised to $3.99. It will remain in Kindle Unlimited for 90 days and then it will be pulled and offered on Nook, Kobo, and ibooks like the other books in the series. If you want to buy it for $2.99 buy it while it is in preorder. If you want to borrow it do so within 9o days of publication. http://amzn.to/2p6MsTU

At this point I plan for all future books in the series to be distributed widely from the very beginning in the hope of getting a large enough following to continue with new books for years to come.

If you have read the series comment below and let me know what you think.

36 thoughts on “The Future of Seacliff High”