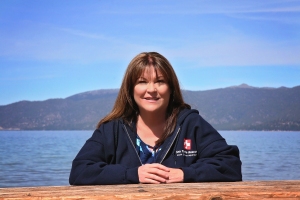 It is my plan at this point in time to introduce a new series in December after the Halloween and Christmas Books for the existing series have been published. I have several new series that I have been toying with and even working on to some extent, but I have finally decided to write the series I have been talking about for quite a while, a spinoff of Alaskan Alliance, one of the Zoe Donovan stories that took place in the town of Moosehead Alaska. I’ve changed the name of the town to Rescue Alaska since I plan the tag line to be A Rescue Alaska Mystery. I’ve also changed some of the facts about the characters just a bit. In Alaskan Alliance Harmony lived with her friend Jake and in the new series she lives alone with a bunch of rescue animals including: five dogs, four cats, six kittens, eight rabbits, and a blind mule named Homer.

I’m going to state right up front that this series is very Zoe-like. I’m sure there are those who will notice immediately that the series has the ‘feel’ of the early Zoe’s.  The protagonist I have chosen to feature is Harmony, a twenty-eight year old sweetheart that works in Jake’s bar and volunteers with the search and rescue squad along with six other locals. Harmony is a kind soul who loves animals, and in the opening story, she is focused on finding the money to build an animal shelter in their small town. 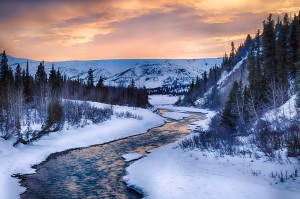 Here is an unedited excerpt from my working draft:

“Ms. Carson do you understand what I am saying?”

Harmony looked at the storklike man across the desk and frowned. “You are saying that you cannot consider my grant application unless I have secured a facility.”

The man let out a long breath, sounding like a wheeze, which Harmony was sure was more of a sigh of relief. “Exactly. I do love your proposal to build an animal shelter in your town but our grant is designed to be used for ongoing operations. I’m afraid without a physical presence we really must move on.”

Harmony leaned over to pick up her eight year old backpack. “Yes. I understand. Thank you so much for your time.”

“Perhaps next year?” the man encouraged with a lopsided grin.

Harmony smiled in return. Granted it was a weak little smile that did nothing to conceal her feelings of defeat. “Thank you. I’m certain that we will be able to meet your criteria by the next application cycle.”

“We begin a new cycle on June 1. If you can secure a facility by that time please feel free to reapply.”

Harmony thanked the man and exited his office. She tried to ignore the feeling of dread in the pit of her stomach and instead focus on the clickity-clack created as the tile floor came into contact with the two inch heels she’d bought for just this occasion. She knew that the shelter committee desperately needed the capital the grant would have provided, and without it, they’d need to rely on plan B, which even she had to admit, was really nothing more than a blindfolded shot in the dark.

Had she really been working on this for more than a year? Maybe it was time to throw in the towel and accept defeat. The idea of building an animal shelter in Rescue Alaska was a noble one, but the mountain of fundraising and paperwork that needed to be scaled in order to make this particular dream come true, seemed insurmountable at best.

Harmony dug into her backpack for the cell phone which rang just as she stepped out of the warm building into the bracing cold of the frigid Alaskan winter. She pulled the hood of her heavy parka over her dark hair before wrapping the bulk of her down jacket tightly around her small frame. When her best friend Chloe asked about the outcome of the meeting she was tempted to admit defeat and suggest they drop the project until she thought about the strays that littered the town without a safe haven during the long months of winter. Most winters, more died than lived. Harmony saved those she could but without a shelter to house the rescues there was only so much she could do.

From this point on Harmony and Chloe talk about a plan to get Harley (Pretty much Harmony’s Zak) involved. Harmony doesn’t want anything to do with the man but she has the animals to think about and he has the resources to make the shelter a reality so she agrees to work with him. During the course of the story they stumble onto a dead body and work together to find the killer. 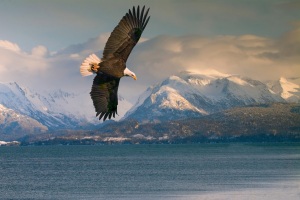 Okay, like I said, this series is almost a clone of the early Zoe Donovan’s.  I almost didn’t write this series for this reason. There are a few differences. Harmony will be a volunteer at the animal shelter but she will have a different job and there will be a search and rescue aspect to it that the Zoe’s don’t have.  And it is set in Alaska, which is awesome as far as I’m concerned.  I have toyed with the idea of making Harmony older and a bit more jaded rather than the sweetheart that she is, but I’m not sure a jaded Harmony would work for me.

So what do you think? As you are reading this are you thinking “Been there done that” or are you thinking “Yay, a new and slightly different Zoe Donovan?”  Comment below with your thoughts and be entered to win a $15 Amazon Gift card.

76 thoughts on “A New Series Is Coming Your Way”