This month I celebrate my second anniversary as a published author. As I sit in quiet reflection, I can’t help but ask myself if I could have imagined even in my wildest dreams that I would come so far and meet so many awesome people in such a short period of time. When I uploaded Halloween Hijinks for the first time my expectations were actually very low. I figured that my family and friends would by a copy and maybe a few others would stumbled across it and be willing to take a chance on a new author. To say that I was absolutely blown away when I realized that I’d sold over 3,000 books that first month would be putting it mildly.

This is the first cover:

Of course a little success can fuel a fire, and once I realized that I might actually be able to make a living as an author, I dove into the self publishing pool and never looked back. The Legend of Tabby Hollow publishes on September 15 two years after Halloween Hijinks. In that two year period I have published 32 books and, in all, have over 300,000 books in circulation across the world.

So what does this mean for my goals for the upcoming year? In September of 2013 I just wanted to sell a hundred books. In September of 2014 I hoped to expand and add a couple of new series. I now have 4 series. Zoe Donovan came first and will always be near and dear to my heart, followed by Pumpkins in Paradise shortly after. In 2015 I added The Whales and Tails Series and The Seacliff High Series.

Halloween covers for all 4 series. 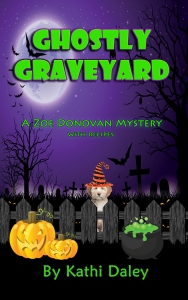 I’ve actually done quite a bit of thinking about what to do next. I’d like to continue to grow and evolve as an author without really giving up anything that I already have. (Yup I know that is probably unrealistic.)

I’d love to add a new series but I have to ask myself if I can handle 5?  Or would a new series require me to wrap up one that I already have?

I’d love to do more reader events. I have a lot of people write to me and ask if I will be at this conference or that book signing. I have done little in this area up to this point due to the time commitment, but I do think that adding a few reader events will be one of my goals for 2016. I’m not quite ready to announce them yet, but I have signed up for two events in 2016 which I will be talking about on my Facebook page and in my newsletter during the next month or so. I have two others that I am considering as well.

I’ve not had an agent or publicist up to this point, choosing to do everything on my own, but I have recently sighed with an agent to explore the area of audio books for The Whales and Tails Series. If this works out I may expand this to the other series as well. 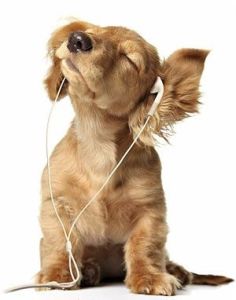 I am going to Alaska in October to do some additional research for the search and rescue series I have been talking about for the past year. I am also tossing around the idea of expanding my reach by publishing romance novels as well as cozy mysteries. I have an idea for a romance series that I need to noodle on for a bit longer before I commit, but I grew up on Harlequin Romances and would love to see my name on one someday.

As for expanding my paperback distribution, this is a subject that will take a lot of consideration. On one hand I have people ask all the time why my books aren’t in bookstores or why they aren’t available in more libraries. The easy answer is mass market publishing. In order to have your book in the larger bookstores, or chains such as Target, you really need to sign with a publisher who has an agreement with these retail outlets. Is this something I am considering for the future? Maybe. I will admit that I’m sort of a control freak. I was approached early on about the idea of publishing the Whales and Tails Series through one of the “Big 5” publishing houses but in the end I decided not to. I like being able to choose my own titles and design my own covers. I like owning my own work, and I don’t like having someone telling me that I need to cut this or add that. However, doing a series for a publishing house with mass market distribution would open a few doors, so like I’ve said several times during the course of this blog, maybe????

So there you have it. I will admit that my goals for 2015-2016 are still a bit fuzzy but I am working on them and you know I will keep you all updated. Please comment below to be entered to win a kindle or paperback copy of The Legend of Tabby Hollow (non US Kindle only). Any ol comment will do so have at it.